This dent was caused when another car "grazed" it in the parking lot. It’s a combination of two dents, the one near the headlight and the crease further back. Paintless dent removal won’t always work on dents caused by moving objects, so each dent and vehicle are given a five point inspection. 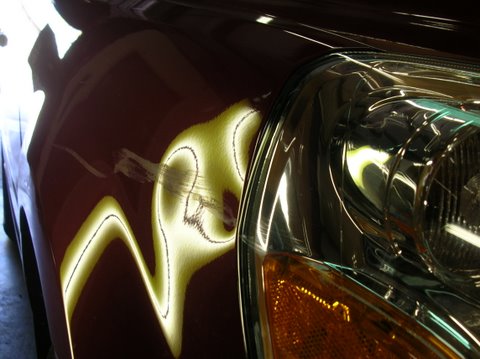 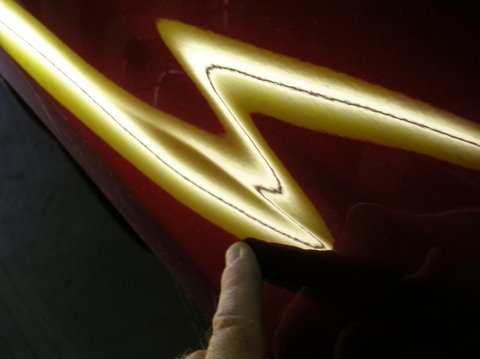 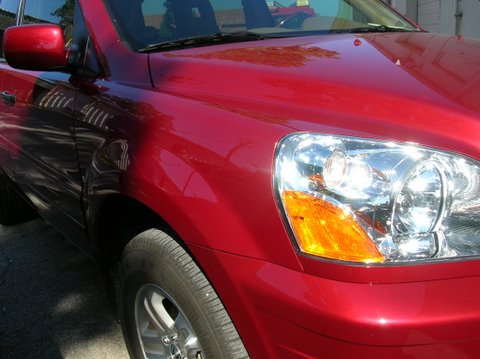 Another happy customer of paintless dent repair by Dent Terminator of Tulsa. He’s happy because he saved time and kept his paint in factory condition. 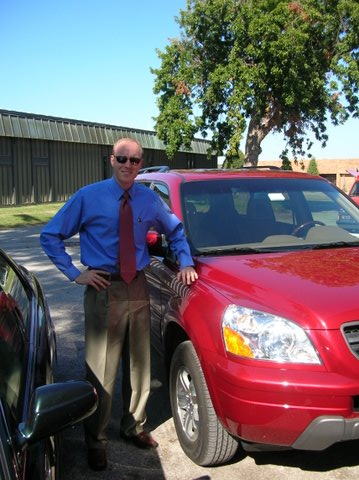